Things You Wish You Knew Before Starting Keto

What else do I need to know about Keto diet for beginners? What is Keto ratio? Why must the carbohydrate intake be low? What are other ketosis diets? How do I stay long in fat-burning mode?

If you have been asking all these questions then keep reading to get your questions answered by the #1 guide for keto diet for beginners! 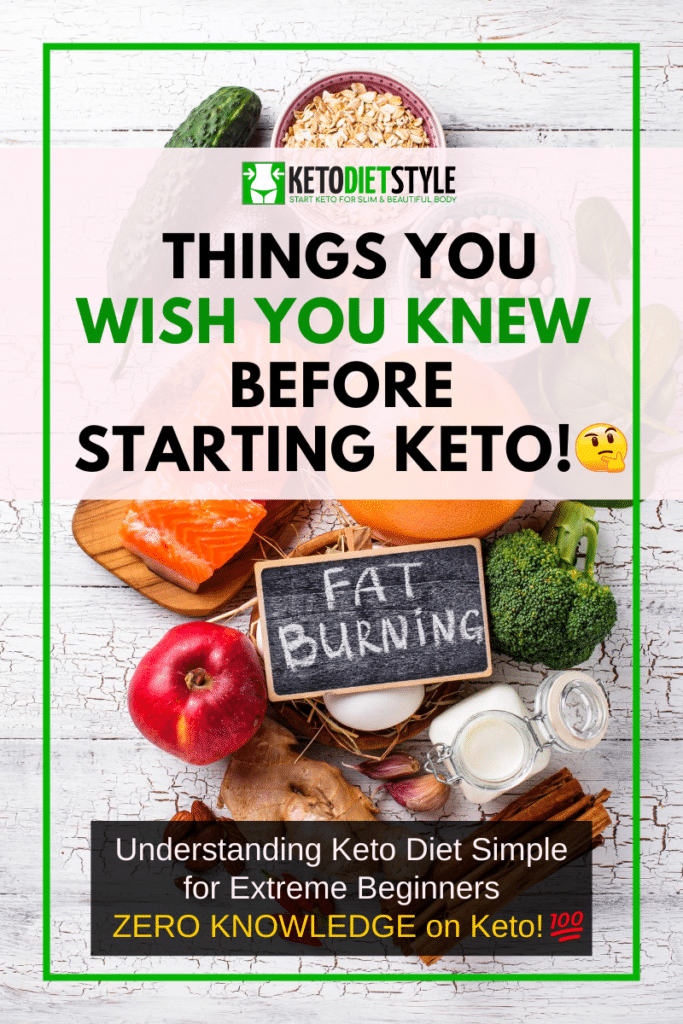 If you’ve read our blog post titled Keto Diet For Beginners, in which we highly suggest you do first, you should already have an idea how ketosis works which is important before we proceed.

In this topic, we will deeply discuss the process of practicing keto diet. This is perfect for keto diet for beginners losing weight and how to start keto!

Only when you fully understand what it does to your body that you will be able to do it right even without supervision.

To understand the keto diet for beginners and how to start keto, it’s only natural we start to discuss from the very beginning.

Let’s start with calories! What is a calorie?

A calorie is a unit of energy. In nutrition, it refers to the energy we get from the food and drink we consume. Calories and macros calories are energy.  It’s important to recognize that weight.

Gain and weight loss are often complicated but if you are to depend on calculating your calories in and calories out, it’s too simple and not accurate enough.

Yes, exercise is important for a healthy lifestyle, but it has minimal impact in terms of weight loss. While it does, of course, provide other health benefits burning 300 calories in a workout, it doesn’t equate to burning off a cupcake.

Nutrition is going to be about 90 % responsible for changes in our bodies in terms of weight and different types of foods metabolize differently.  In the body, there are many variables involved that’s why eating 2000 calories of fruit is not the same thing as eating 2000 calories.

Getting To Know Macronutrients

If calories provide us energy, where do we source it out?

Macronutrients constitute the majority of an individual’s diet. Macro actually means ‘big’ and it consists of protein, carbohydrates, and fat. These are the basics.  All calories you eat come from these sources, with alcohol as an exception.

Your total calories for the day, no matter how many you eat and what diet you follow is equal to 100 %.

Each of those macronutrients becomes a percentage of your daily pie and the ratio will often change based on the diet.  You cannot have 100 % of calories come from each macronutrient because that would be 300 % and because math exists, that just isn’t possible.

You can have an equal number of calories from each food—that is 33%.  But fat contains more calories per gram than protein or carbs, so the percentage would be different in that Case A popular diet you may have heard of on YouTube.

Competitive bodybuilders often build muscle with a diet that’s higher in carbs and lower in fat with moderate protein when they’re closer to their competition. But when they need to lean out, protein becomes the biggest macronutrient in their diet followed by fat and carbs. 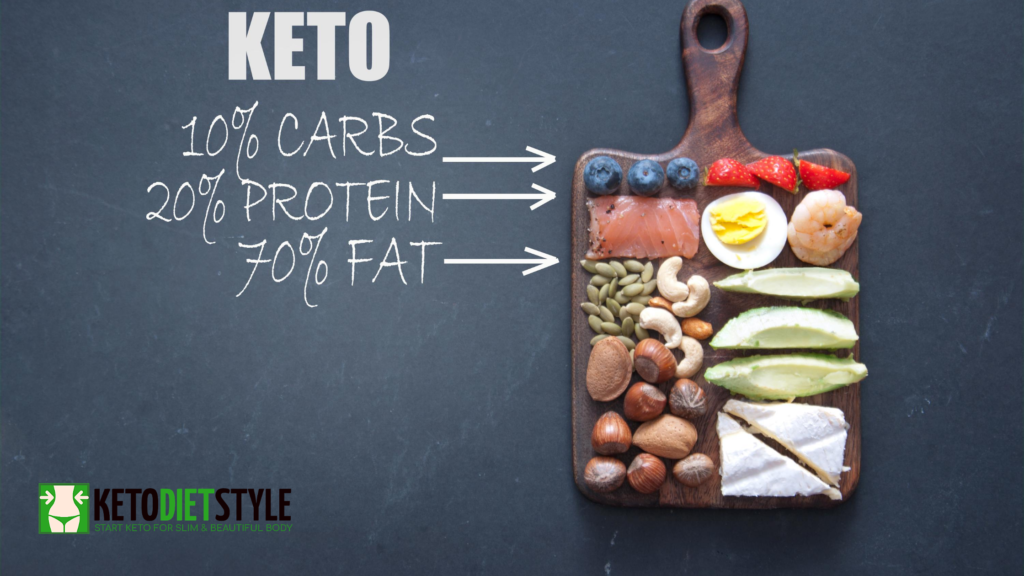 A ketogenic diet, on the other hand, consists of a diet that is around 70% fat, a moderate amount of protein and very little carbs – about only 5 % to 10 % depending on the person’s tolerance.

It’s not a strict ratio because it will vary from person to person.

Now, this is super important for keto diet for beginners losing weight and how to start keto.

This can sound very different from what most of us have been taught about. Keto diet consists of a high-fat ratio – which may make you feel skeptical because we have always been taught that you don’t want to eat a lot of fat.

But a keto diet functions differently than some other common diets, such as a diet higher in carbs with less fat and protein that we are typically told is “healthy.”

It’s important to recognize from the beginning that there is no “right” or “wrong” ratio, but there may be one that works better for you, and only you can find that out.

Why must the Carbohydrate Intake be Low?

Remember the macronutrients we discussed earlier? It consists of carbohydrates, protein, and fat.

Now, for any diet it’s important to have both carbohydrates and fat because it is needed for the body to function properly.  However, it’s the amount of one relative to the other that will determine your body fuel source.

As we discussed in our blog post titled Keto Diet For Beginners, our body is fueled by sugar from carbohydrates which is glucose and fats using ketones. Now, if glucose is available to the body, it will use that first because it’s easy to burn up if you eat a lot of carbohydrates. Your body will use that glucose as its fuel source, rather than using fats as fuel! This is why carbohydrate intake must be low.

Our ancestors may have lived ketogenic lifestyles without being aware of it. As hunters and gatherers, our ancestors ate lots of nuts seeds, meats and lower carb fruits like berries.

This is often referred to as “primal eating” and it’s a diet that was high in fats and low in carbohydrates. It likely resulted in ketosis and helped our ancestors survive from one meal to the next because their bodies could store that fat as energy. But does that mean that they chose to be in ketosis. No, they would have eaten whatever was available to them but the point is that it was a viable way for them to survive healthily even if they didn’t understand the science behind it.

Is a Paleo Diet similar to a Ketogenic Diet? 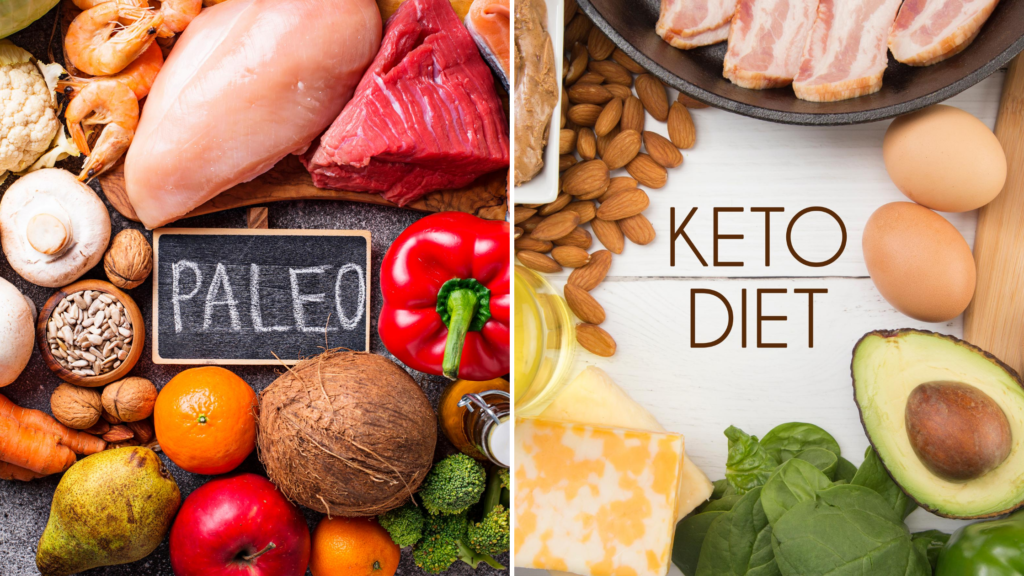 We have received a lot of questions from our Ketogenic Diet 101 customers  interested in keto diet for beginners losing weight and how to start keto, asking if the process is similar to paleo diet.

When a lot of people hear about “primal” or “hunter gatherer” eating these days, they think of the Paleo diet. Now, is the paleo diet a ketogenic diet? The answer is – it can be on a paleo diet.

You can eat grass-fed meats, seafood, fruits, vegetables, eggs, nuts, seeds, oils etc. but you can’t eat grains, legumes, refined sugar, processed foods and typically dairy and excessive salt. Now, most of the paleo diet aligns with a keto diet – where one consumes more fat and less carbs, however, nothing is strictly prohibited on a keto diet.

The ultimate goal is a ratio of fats to carbohydrates— which likely means not consuming many of any grains legumes or sugar regularly.

A paleo diet limits only the types of foods one can eat and not the macronutrient amounts. For instance, there is no limit to fruits or healthy carbs and no minimum amount of fats. Thus, a paleo diet can be a ketogenic diet but not necessarily.

There are plenty of other diets that you may know of which can result in nutritional ketosis; they’re just not necessarily called “keto” diets. For example, the Atkins Diet is a low carb diet so it’s commonly mistaken as a keto diet but it’s not similar. One significant difference between them involves the one macronutrient – that is protein.

Both Atkin and keto diets are high in fat and low in carbohydrates but a ketogenic diet is moderate in protein, while the Atkins diet does not set a limit to protein intake.

So does this mean as a keto diet beginner I can eat more proteins than carbohydrates?

Well, yes, but in moderation. Because through a process called gluconeogenesis, protein can also be converted into glucose.

This means, if someone wants to lose weight and experience the benefits of a ketogenic diet and be in a state of ketosis, even if they are on a diet that’s low enough in carbohydrates, their protein intake can throw them off because too much protein will be processed by the body as glucose.

This is why the protein intake must only be moderate in amount or else you can be thrown off in ketosis or ‘fat-burning mode’!

How do I stay long in Fat-Burning Mode?

Yes! For keto diet beginners, you can actually let your body be in a fat-burning mode and be free of stress!

But the question is, HOW?

Feeling curious? Well, you should be!

This is highly valuable information for people that are planning to do a keto diet for beginners!

We actually shared this little secret to our Ketogenic Diet 101 customers.

Get our Ketogenic Diet 101 Deluxe available in video and ebook whichever you prefer with unlimited lifetime access + 3 Bonuses!

YES! We heard you! Not just one, not two, BUT THREE BONUSES!

Here in KetoDietStyle, we advocate a mindful Keto diet!​

We don’t want you to blindly follow keto as a fad diet, instead we want you to practice it because you fully understand its purpose, you believe in its process, and you know it’s best for your body.

Before you decide to get to the juicy beginner meal prep and hacks, we prioritize that you fully understand what kind of diet you are doing, how it works and why.

We care for you and you shouldn’t be doing it just for the trend. You should do it for yourself and learn to listen to your body so you’ll know whether it’s the right diet for you.

We’re very excited to share to you valuable keto information! Here’s what’s in store for you…

GET YOUR KETOGENIC DIET 101 DELUXE NOW! 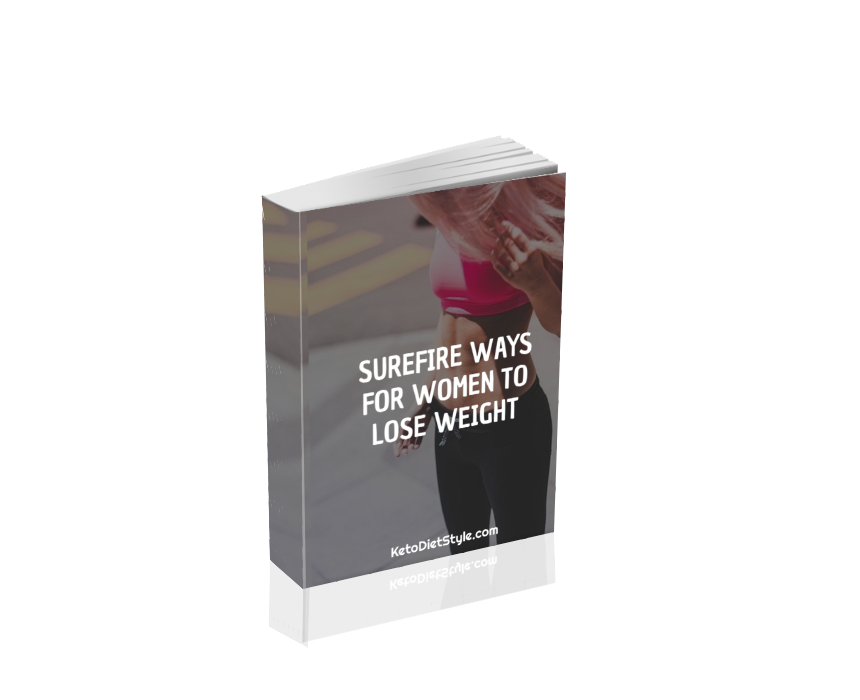 Is Keto The Right Diet For You?

How Many Carbs Can You Have Per Day On The Keto Diet? 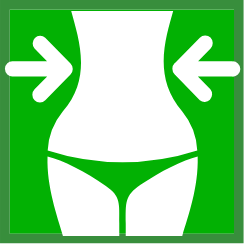 Install this Keto Diet Style on your iPhone

and then Add to Home Screen